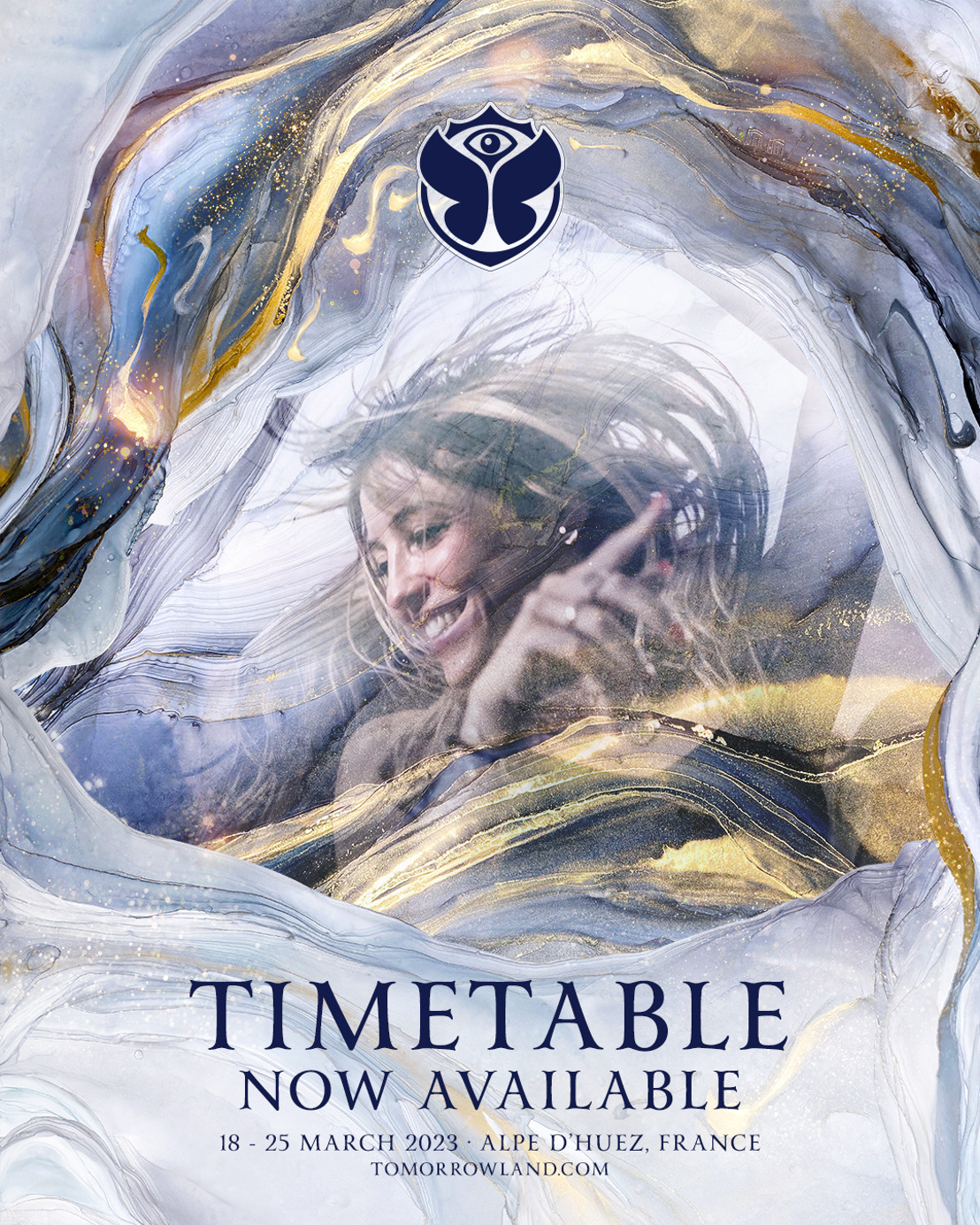 Catering to fans of all genres and sounds in electronic dance music, Tomorrowland Winter 2023 will welcome 22.000 festivalgoers from around the world for a week-long magical winter holiday & festival adventure filled with snow, skiing, snowboarding, the best electronic music, amazing outdoor activities, delicious mountain food and spectacular views of the French Alps of Alpe d’Huez. Other artists who were previously announced to play in March include Afrojack, Amber Broos, Amelie Lens, ANNA, Axwell, Dimitri Vegas & Like Mike, Joris Voorn, Kölsch, Lost Frequencies, Mandy, Martin Garrix, Netsky, Ofenbach, Steve Angello, Steve Aoki and Tony Romera. All Tomorrowland Winter Packages with lodging, as well as regular festival passes without lodging are already sold out, but people are still able to experience the magic of Tomorrowland Winter during 1 festival day or at The Gathering (the festival’s official opening party) thanks to the 1-Day Festival Passes, which include a regular festival ticket, as well as a lift & ski pass.

Two brand-new stages
​At an altitude ranging from 2.000m all the way up to 3.330m, festival visitors will be treated to unforgettable performances throughout day and night. There will be 8 magnificent indoor and outdoor stages on the mountains and across the ski resort (also accessible for non-skiers and pedestrians), including the covered and heated Mainstage, Cage, Crystal Garden and CORE, as well as two brand-new stages: Youphoria in the heart of the ski resort of Alpe d’Huez and Frozen Lotus in the mountains. Top Of The Mountain is the highest stage, located on Le Pic Blanc, the highest point of the Alpe d’Huez Grand Domaine Ski at a breathtaking 3.330m above sea level, overlooking the entire resort as the roof of the Alps.

France’s finest DJs and producers
​Tomorrowland Winter 2023 will feature some of the best French artists in the world: dynamic DJ duo Ofenbach and bass house pioneer Tony Romera will both deliver an exclusive performance. Besides the established names, the festival will also give the opportunity to a bunch of young French stars like the Parisian prodigy Mooglie, the electrician-turned-techno DJ Kozlov and Lyon-based techno producer Basswell to make a name for themselves in front of music fans from all corners of the world. Galluxy, a farmer from the Savoie area in the French Alps and an electronic music lover for over 10 years, will be returning to the stage for his third performance at the winter festival!

Renowned British singer John Newman is jumping behind the decks
​British singer, songwriter & producer John Newman – who has collaborated with the likes of David Guetta, Calvin Harris and Rudimental – is going back to his dance roots at Tomorrowland Winter in 2023. Having re-opened the stems of his early hits and remixed them into festival-sized anthems, John Newman will be jumping behind the decks for a unique DJ/live hybrid performance with a mix of live vocals, live mixing and beat triggering – really giving the energy and making it a proper party!

Student by day, DJ by night
​Another special artist making her Tomorrowland Winter debut is the 20-year-old Belgian female student by day and DJ by night Amber Broos! She started playing records at the age of 12 and has years of experience, despite her young age. As one of the rising talents on the electronic music scene, Amber has a unique style between techno, house and Belgian retro influenced music.

A classically trained DJ & producer
​Two more rising talents to look forward to at the winter festival next year: Mandy, a 25-year-old female hardstyle powerhouse from Belgium and the Brussels-based and classically trained DJ & producer Henri PFR, one of the hottest sensations of the electro scene who started studying music theory from the age of 6 and took classical piano lessons for the next nine years. Two more artists to keep an eye on: Amémé, the West Africa-born face of afro house, and B Jones, fast-rising female DJ who made history last summer as the first Spanish artist in history to perform on the Tomorrowland Mainstage.

The mythical slopes of the French Alps
​Located in the heart of the French Alps, Alpe d’Huez Grand Domaine Ski is the gateway to an outstanding skiing area, boasting 250 kilometers of slopes and 300 days of sunshine a year – ranked among the top-rated ski resorts in the world. The ski area offers fun for every level of skiers and snowboarders: from beginner areas to legendary ski slopes like Sarenne with a length of 16 kilometers. Non-skiers will also enjoy the festival with a variety of winter snow activities that don’t involve skiing or snowboarding, including dog sledding, paragliding, snowmobile rides and much more.

Check out the full line-up and timetable of Tomorrowland Winter 2023 on tomorrowland.com.