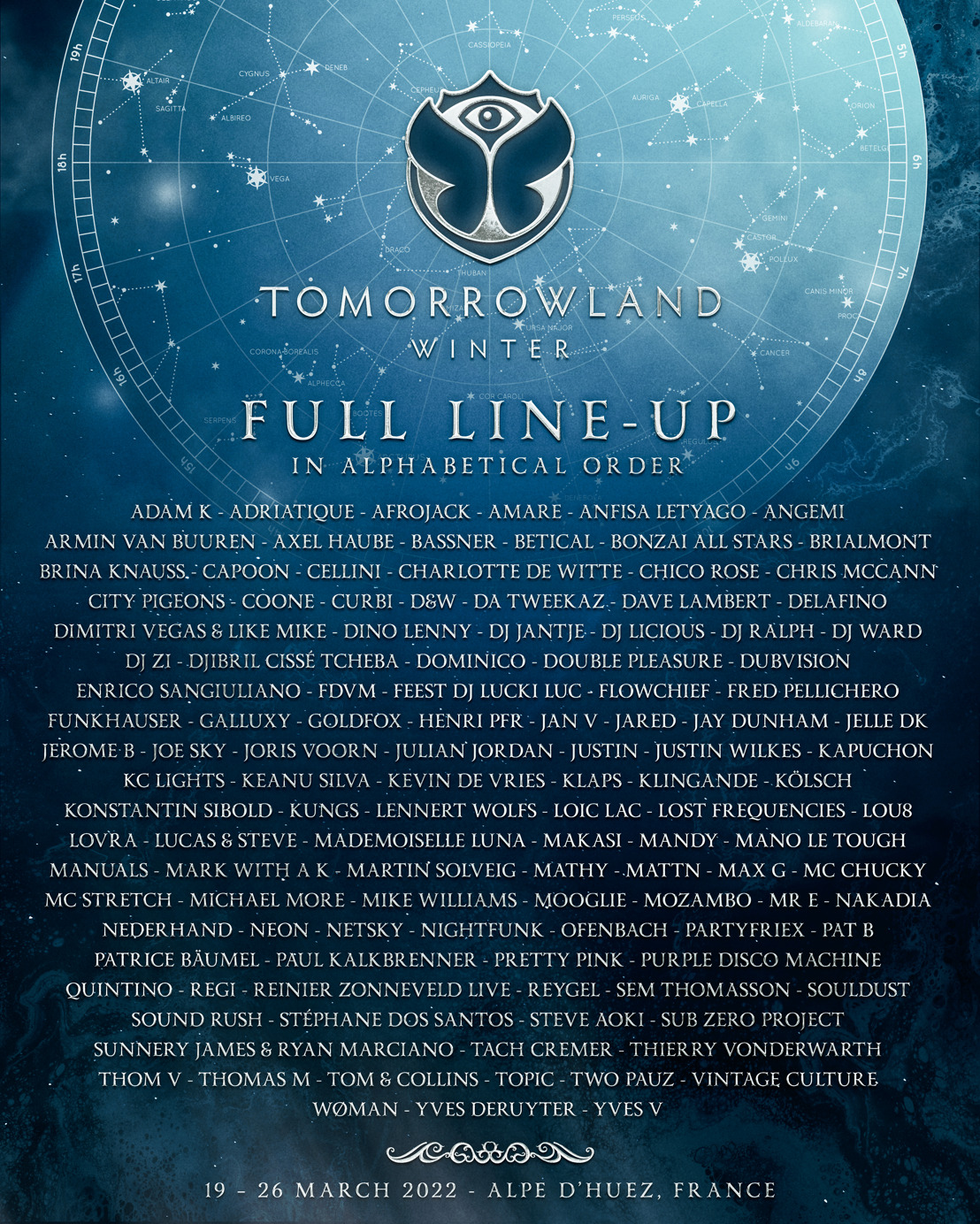 Dazzling indoor and outdoor stages
​Selling out in just a couple of weeks after launch the ticket sales, Tomorrowland Winter will welcome 18.000 People of Tomorrow amidst a magical winter wonderland setting on an altitude of more than 2000m high up in the beautiful French Alps. The ski resort will be all about dancing to live house, techno and other electronic music on different indoor and outdoor stages, including this year’s brand-new, covered and heated Mainstage, Cage, Crystal Garden, CORE and Top Of The Mountain (at 3.330m). During the week-long festival, visitors will be treated to unforgettable performances throughout the entire day and night at some of the most dazzling stages – also accessible for non-skiers and pedestrians – with spectacular views of Alpe d’Huez’s mythical slopes and the surrounding mountains.

France’s finest DJs and producers
​Tomorrowland Winter 2022 will feature some of the best French DJs and producers in the world: tropical house producer Klingande, young prodigy Kungs, dance legend Martin Solveig and dynamic DJ duo Ofenbach will all deliver an exclusive performance. Besides the established names, the festival will also give the opportunity to a bunch of local French artists to make a name for themselves: Chris McCann, Jared, Jerome B, Justin, Loic Lac, Max G, Stéphane Dos Santos, Thomas M, WØMAN and many more will all be playing in front of music fans from around the globe.

From the farm to Tomorrowland
​Galluxy, a farmer from the Savoie area in the French Alps and an electronic music lover for more than 10 years, made his debut at Tomorrowland Winter in 2019, delivering a stunning set on the festival’s second biggest stage and making his biggest dream come true. After releasing several tracks on Martin Garrix’s label STMPD RCRDS, Nicky Romero’s Protocol Recordings and EDX’s Sirup Records, Galluxy is ready to return to Tomorrowland Winter in 2022!